How to host your projects 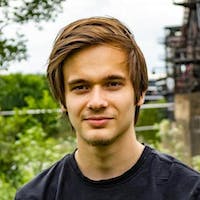 This article is about the deployment process of my projects. I cover everything from self-hosted servers to hosted by others.

Why should I host my projects

It should be known that if you want to use some application you have to run it. This is for backend stuff and websites a server instead of a pc/mac. Most of the servers are running a Linux distro as OS but there are some windows servers and probably macOS servers too. These servers are hosted by you or your company or a third-party hosting provider.

Hosting providers are paid services where you get some servers or server power from a data center. There are a few out there. But I often use Google Cloud, Hetzner, and Signaltransmitter. They all have a few other important points where I choose the hoster. A few of these points are

Also, you have to deal with a lot of noise if you have your server in your office but you can bye a coloration package at a data center where you can set up your own server.

What are the benefits

Do you know other important benefits? Tell them in the comments!

How do I host my projects

I got this questions a few times. Mostly I host them by myself since I have nearly only backend projects running at this moment. Other software runs on paid servers by hosters, this are mostly projects with a kind of GUI or only websites and they are very light built. Sometimes host the heavy backend with high-performance needs on my local servers and the frontend on a paid server where are more frontends running. So I use not only one paid server for one project instead of it I try to use every time I have to pay for it about 80 % under full load.

I host my servers with virtualization since I have a dedicated server with proxmox running and there some other servers which are mostly ubuntu.

How do you host your projects? And what kind of projects do you have? I'm happy to read your process for that.